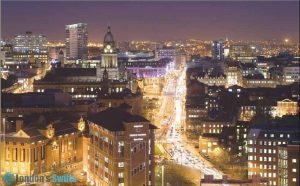 The city of Leeds lies in the northern parts of England in the metropolitan county of West Yorkshire. The city is the largest legal and financial centre of the United Kingdom, after London and is Britain’s fourth-most populous urban area with an estimate population of 2.4 million people (metropolitan area included).

However, experts believe that the number will grow in the upcoming years, as more and more people are relocating to the city by using professional removal services to Leeds by London Swifts. The phenomenon is due to the city’s diverse economy and rapidly developing private sector, which offers amazing career opportunities.

Leeds has plenty of fascinating places

Aside of being a major employment centre and a financial hub, Leeds is also among the most visited British cities and the main reasons for that are its numerous landmarks, such as: