Edinburgh is described by many as one of the most beautiful cities on the planet. Some go even further and say that the Scottish is the most charming and cosy urban area in the United Kingdom. Here are several landmark in Edinburgh that certainly add to the city’s astonishing reputation.

Always start from the Royal Mile

The Royal Mile is a thoroughfare that connects the Palace of Holyroodhouse and Edinburgh Castle. The road is flanked with fascinating townhouses and is the location of some of the finest public houses, restaurants, cafés and shops in the city. It is also the place where you can find kilt makers and have them make you your own. Locals say that the Royal Mile should be the starting point of any newcomers in Edinburgh. 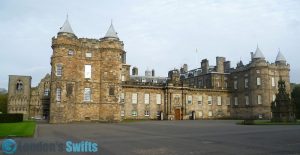 Also known as the Queen’s Park or King’s Park, this astonishing green space was created during the mid-16th century and presently spans over 650 acres of land. At the heart of the parkland is located Arthur’s Seat, which is the highest point in Edinburgh with a height of 823 feet. It provides spectacular visits of the Scottish capital and while the climb may be tiresome and time consuming it is certainly worth it.

This majestic edifice is the official residence of the British monarch in Scotland. It has been the seat of the Scottish Kings and Queens since the 16th century, and is sometimes used as a venue for state occasions and official gatherings. Sir William Bruce designed the current version of Holyrood Palace during the second half of the 17th century. The only feature of the building that is not the work of the renowned Scottish architect, is a 16th century tower situated in the north-west corner of the structure, which was constructed by King James V.

The museum lies in the central parts of the city, which is one of Edinburgh’s most desirable areas. This is proven by the fact that more and more people are relocating to the district. Londoners can easily move to the Scottish capital with the help of London’s Swift, as they provide comprehensive removals to Edinburgh.

Edinburgh Castle should be visited at all cost

There is not any doubt that this is the most famous site of the city. The stronghold is the seat of the Scottish government and some of its edifices date back to the 12th century. Throughout the centuries, Edinburgh Castle has played a pivotal role in several wars and has withstood a number of sieges, including the Lang Siege that lasted from 1571 to 1573.